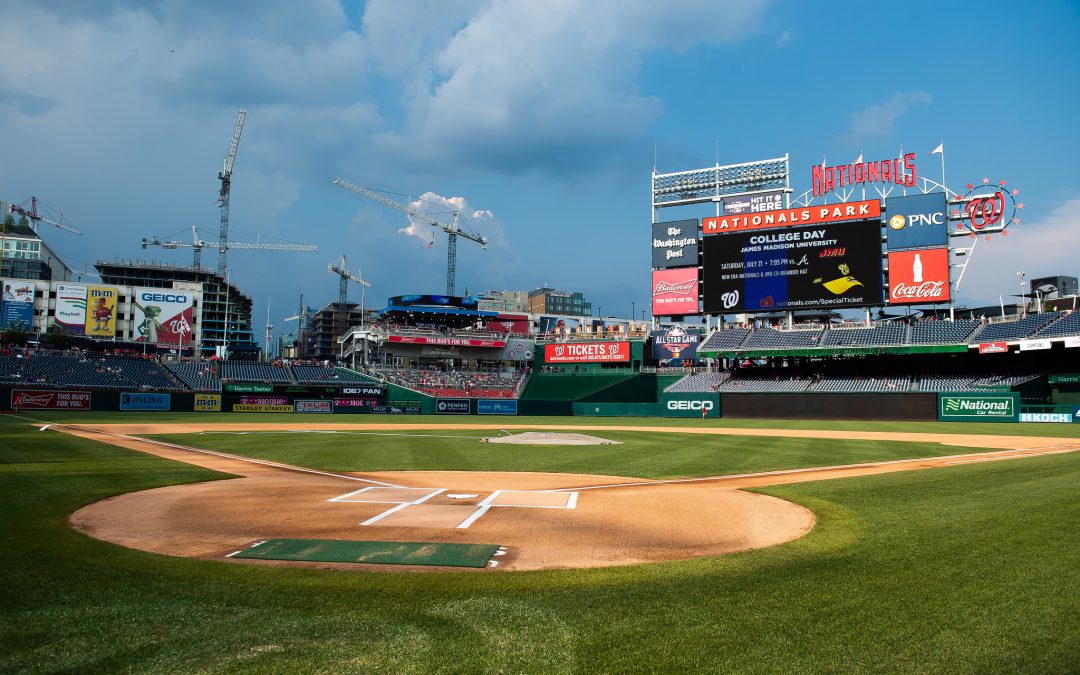 In front of a nearly sold-out crowd of more than 41,000 people, the 2018 National Craft Champions and the Craft Professional of the Year stood on the Washington Nationals field July 3 and were honored for their hard work as trained craftsmen. The crowd cheered them on while the ABC logo spread across the stadium, showcasing the theme of the night—free enterprise.

Before the game, these ABC guests of honor and their families loaded onto an ABC-branded bus that took them to Nationals Park where they were given all-access passes to the field and were able to watch batting practice. ABC also hosted a gathering in the stadium for the champions, their families and local ABC members.

As spectators filed into the stadium, the champions stood on the field while their names were announced over the speaker, recognizing them and their companies during the pre-game ceremony. Rising to the top of a field of more than 170 craft trainees competing in 15 craft competitions, these outstanding craft trainees aspire to the highest possible expression of excellence in construction. The world-class champions and craft professionals in attendance included:

Following the game, the big screen displayed an ABC-branded clock which began the countdown to the night’s Freedom Fireworks while a one-of-a-kind video highlighted the nation’s construction career opportunities.

The 2019 National Craft Champions, Craft Professional of the Year and Craft Instructor of the Year will be invited to be recognized at Nationals’ stadium during a game next year.